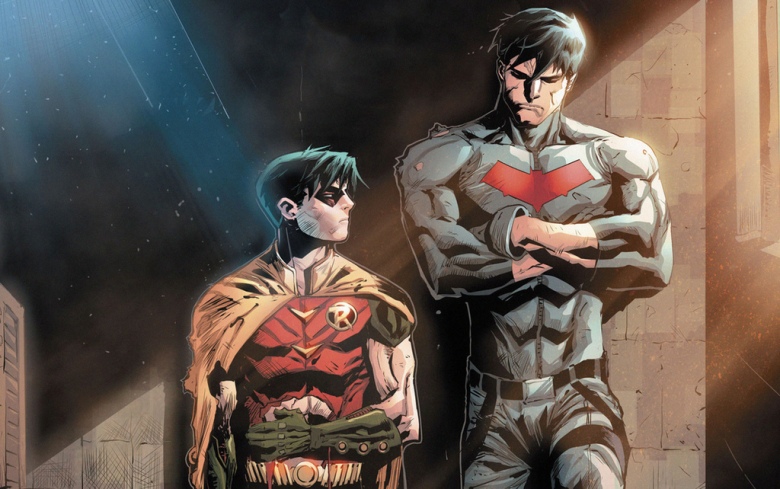 Jason Todd’s story shows the growth of how a character can go from awful to awesome in a short amount of time.

Jason Todd is looked at as the worst of Batman’s Robins. That may sound like an exaggeration, but it’s not. Jason was everything that a Robin shouldn’t be. He was reckless, didn’t listen to anything Bruce said, and that got him killed. Well, that and fans voting for him to be killed. What’s funny about that is death was the best thing that could’ve happened to Jason.

No one liked Jason Todd. In their defense, he wasn’t a good character. Nor was he a right fit for Batman and it showed. That’s on top of the traits mentioned above. However, while it didn’t work as Robin, they fit perfectly for him as Red Hood.

Jason Todd was beaten to death by Joker. A scene that was one of the most brutal things you’d see in comics at the time. Jason was brought back to life after Superboy punches reality during Infinite Crisis. You read that right. He punched reality. After being brought back, he ends up being thrown into the Lazarus Pit to retrieve his memories. A process that makes people angrier and more aggressive. Two things that Jason didn’t need. That’s on top of the disappointment that Batman didn’t kill Joker.

Jason Todd was disappointed when he found out that Bruce didn’t kill Joker. Jason wasn’t upset that Bruce let him die. He was furious that, of all people, he let Joker live. Jason adopts the name Red Hood (Joker’s original criminal name), begins his new life as a crime boss, and starts his plan to get revenge. Not just on Joker, but on Batman as well. A plan that doesn’t end the way he wants it to. He just becomes more disappointed in Bruce.

Just when things seemed like they were getting good, DC Comics took two steps back with Jason Todd. Batman: Battle for the Cowl was an awful representation of Jason Todd. After making him Red Hood, this was a mistake. Jason reverted back to the whining character people detested.

Writer note: See Batman: Under the Red Hood and later Batman: Battle for the Cowl for both story

The Red Hood gets good

Let’s fast forward to Red Hood and the Outlaws. This is where Jason becomes his own person away from the rest of the Bat-Family. Issue No. 1 was released in 2011. Less than a decade after Jason Todd’s return. In the first run, Jason was teamed with Starfire and Arsenal. Two people who helped him grow as a hero and a person. Especially Arsenal. He was forced to grow up quickly and become a leader. This is also where we got to see Jason become emotional.

Next, Jason was teamed up with Amazon Artemis of Bana-Mighdall and Superman’s clone Bizarro. What’s funny is this team is the What if…? of the Justice League’s trinity of Wonder Woman, Superman, and Batman. The trio went on missions that directly affected the world. For example, they stopped Trigon from coming to Earth.

If we’re being honest, Red Hood and the Outlaws (and later Red Hood Outlaw) was Jason’s last chance. He needed to prove that he was a good character. Thankfully, Scott Lobdell knew what to do to make Jason Todd shine bright. He showed his emotional side. His interactions with Batman showed that there was more to him than we once knew. He was no longer the guy who ran off half-cocked and ready to fight. He became calculated, emotionally aware, all while maintaining a great sense of humor and evolving as a person.